After a week of being closed for cleanup from a sewage overflow, the Capitol Crescent Trail has finally been reopened:

After five millions of gallons of raw sewage and rain water spilled into the C&O Canal last week, the Capital Crescent Trail has reopened. …

In case you missed the original reports, the overflow occurred as a result of the extensive rain we had last week, causing sewage to flow over the trail and into the Potomac:

A break in a major sewer interceptor late Wednesday sent an estimated five million gallons of sewage spilling across the Capital Crescent Trail and into the Potomac River, according to DC Water. … 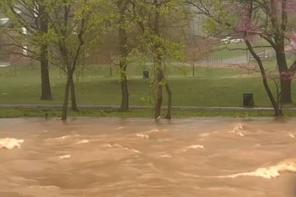 The trail is now safe for use, but authorities are warning against coming in contact with the water.

No comment has been made on how this incident might affect plants and trees that get their nutrients from the now-contaminated waters. If you live in the area I would suggest having a Fairfax tree expert come take a look to ensure that your trees are still getting the nutrients they need.